The ancient capital of the Chola Empire has a stunning vitality: it houses the most beautiful temples of Tamil Nadu, the largest statue of the Nandi bull and a giant whale skeleton preserved in the Royal Palace. Maybe it doesn’t make much sense, but India is like that! Thanjavur (or Thanjore) looks like a bustling and disordered city in southern India, but it once was the capital of the Chola Empire and the beating heart of Dravidian culture.

Here I will visit what I think is the most beautiful temple in Tamil Nadu and I will take hundreds of selfies with one of the youngest and most joyous people in the world.

An absolute masterpiece of Tamil Chola architecture, the temple of Brihadeeshwara was built entirely out of granite in the 11th century by the will of the “King of Kings” Rajaraja I. The choice of this amber-ochre stone is a fundamental part of the charm of the temple, which changes color during the day, going from the honey tones of dawn to the orange tones of sunset.

Like the temple of Tiruvannamalai, Thanjavur also had defensive walls built around the central shrine, with 4 high Gopuram (towers saturated with decorative statues) serving as access gates. The great statue of the bull Nandi

Inside the temple there are various shrines: I immediately go where I see more people gathering. I come across the statue of the bull Nandi, the largest in India, representing Shiva vahana, which is the animal the god used as vehicle. Nandi is Shiva’s faithful companion and his legs represent truth, rectitude, peace and love.

The statue is 6 meters long, weighs 25 tons and was made from a single block of stone. Unfortunately, it is undergoing restoration and the sight of this large and gentle bull is disturbed by tarpaulins and scaffolding. You can still appreciate it, but not the beauty of the colonnade that surrounds it. After queuing to access the central shrine of the temple, I am told I have to put away my camera. Photographs are not allowed inside. Central shrines are often reserved only for Hindus, so I still consider myself lucky to have access.

There are many people in line to worship the lingam of Shiva (which is his great erect phallus). It is one of the most beloved avatars of Shiva in Tamil Nadu. It represents the moment when Shiva appeared in the form of a great phallus to bring light to the world, after his consort Parvati had cast it into darkness.

The lingam of Thanjavur is huge: 4 meters high and topped by a 61 high tower. Shiva has a laugh when men say size doesn’t matter!

Unfortunately the lingam of Shiva is currently being restored, so I can’t see anything! Next to the original lingam, a small lingam was placed to give the faithful something to look at while praying.

However, my bad luck is repaid as soon as I leave the shrine. I take some photos of the inner courtyard, which is huge and crowded. Again I come across the extraordinary joy of the Indians: I am approached by several guys and we start taking selfies, laughing and joking.

Some women, dressed in beautiful colored saris, assume bizarre and funny poses: they pretend to be businesswomen engaged in telephone conversations or make faces at each other. I love Indians! So alive and cheerful!

Thanjavur Royal Palace is also worth visiting. It is a group of buildings partly restored, partly dilapidated. It was built by the local Maratha dynasty who ruled from the mid-1600s to the mid-1800s.

Inside, between royal courtyards and beautiful bell towers, you can visit the large library and the art museum, where you can see some really curious relics: thousands of statues of gods, scientific prints explaining the anatomy of animals and flowers, large paintings in which you can observe Chinese torture practices.

The collection is really heterogeneous and devoid of a logical path. King Serfoji II was a curious scholar and loved to collect objects from all over the world. There is also the skeleton of a whale placed in the portico next to the bell tower.

I visit Thanjavur on December 31, 2019. Tomorrow will be a new year!
How do they spend New Year’s Eve in India? I’m going to find out!

The Indian New Year is called Diwali and is celebrated between October and November: it is also called “festival of lights”, because many candles and lights are lit. The festival lasts several days, celebrating the victory of good over evil.

Our New Year’s Eve is not a traditional Indian holiday: it was introduced by the British during colonialism and manage to spread only in the big cities. I expected to see people in the streets, parades, music in Thanjavur, but I didn’t see any of it.

We ask our guide to book us a dinner in a nice typical restaurant, but he makes it clear that New Year’s Eve dinners are not an Indian tradition. Only hotels offer something similar to satisfy their foreign customers and it is basically a buffet dinner. Our hotel is also having a karaoke evening, but the buffet does not look good and the karaoke is really loud, so we decline the invitation.
Eventually we manage to find a pub-restaurant with a good menu and we stop there. They tell us straight way we should not expect anything but a normal dinner. We are more than okay with that and we order everything that comes to mind: samosa, Palak Paneer, Chicken Tandoori, Tikka Masala, Dal Makhani… Indian cuisine is very spicy, but it must be experienced!

After dinner, we stroll the streets of Thanjavur. Deserted. It’s almost midnight, so we approach a bunch of Indians waiting at the roadside. They’re hoping to see the fireworks let off by fancy hotels.
Actually it’s a poor show: some streamers, a couple of firecrackers and in a minute it’s all over.

But I will never forget the excitement of the crowd watching the fireworks with me. “Where you from?” “Happy New Year!” Everyone took a photo with me, then hugged me and gave me a strong handshake. They seemed really happy to have met us. Maybe they thought we were a good omen for them, who knows… for sure they made me feel safe as in a friend’s house. 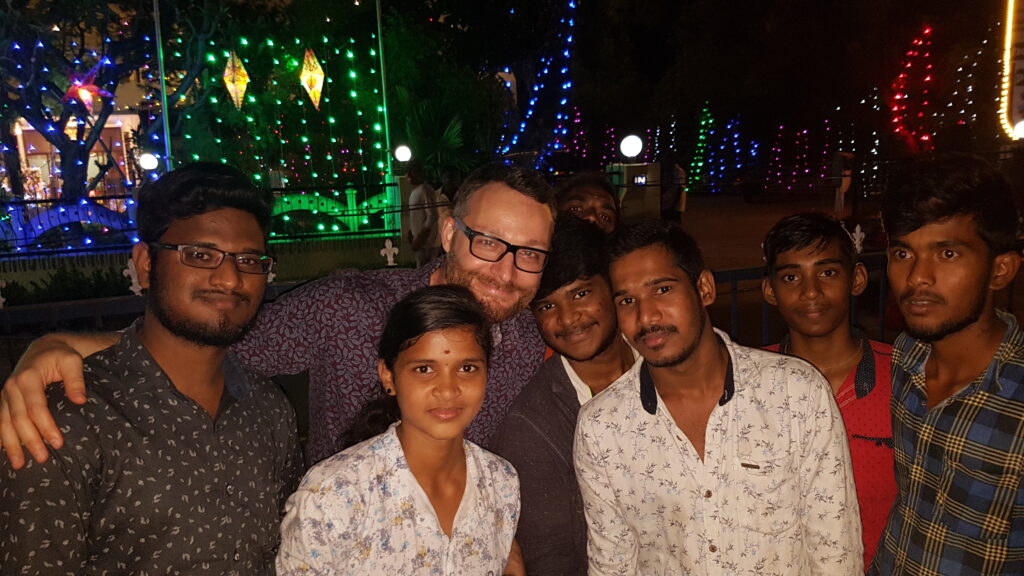 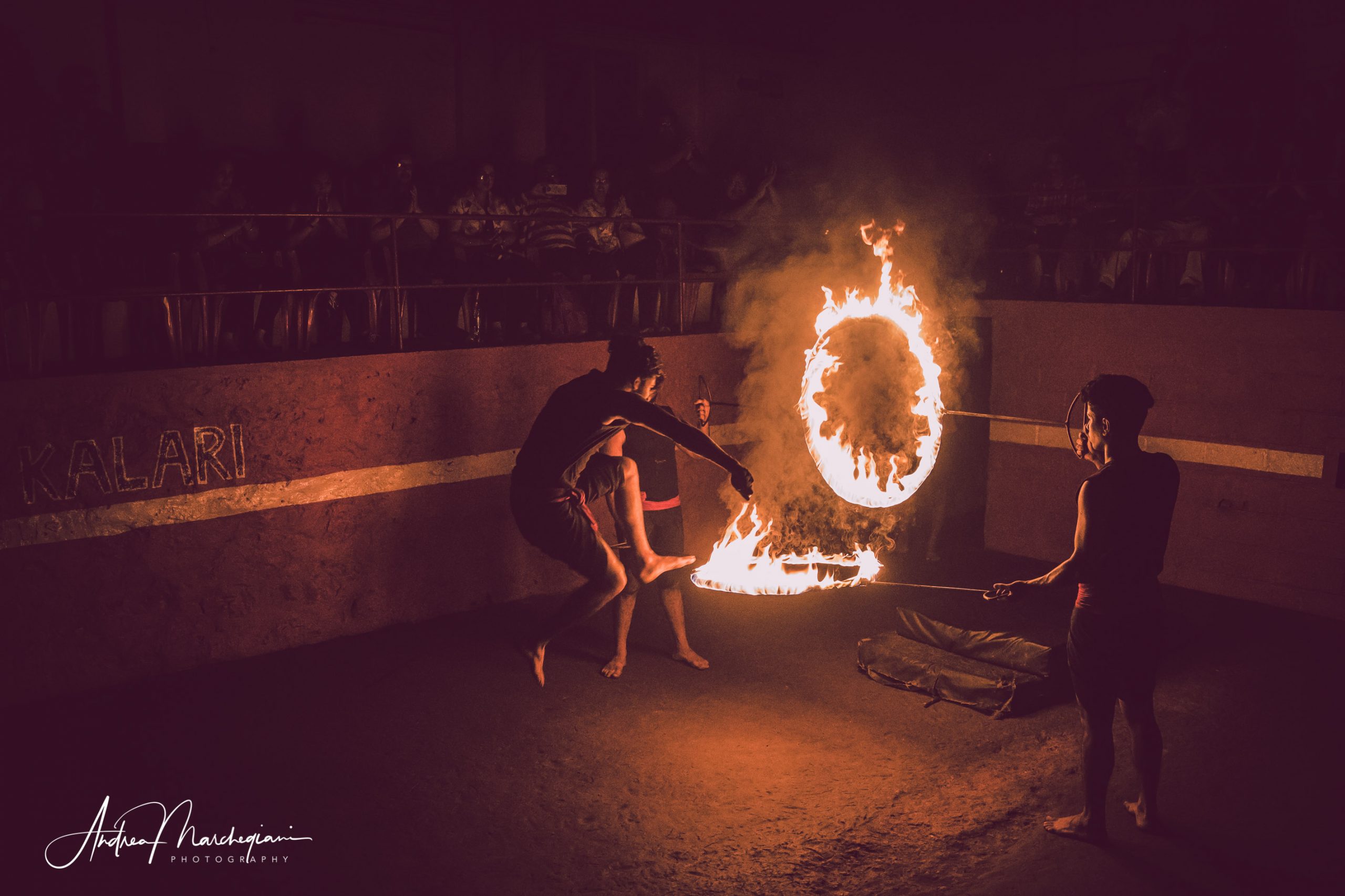 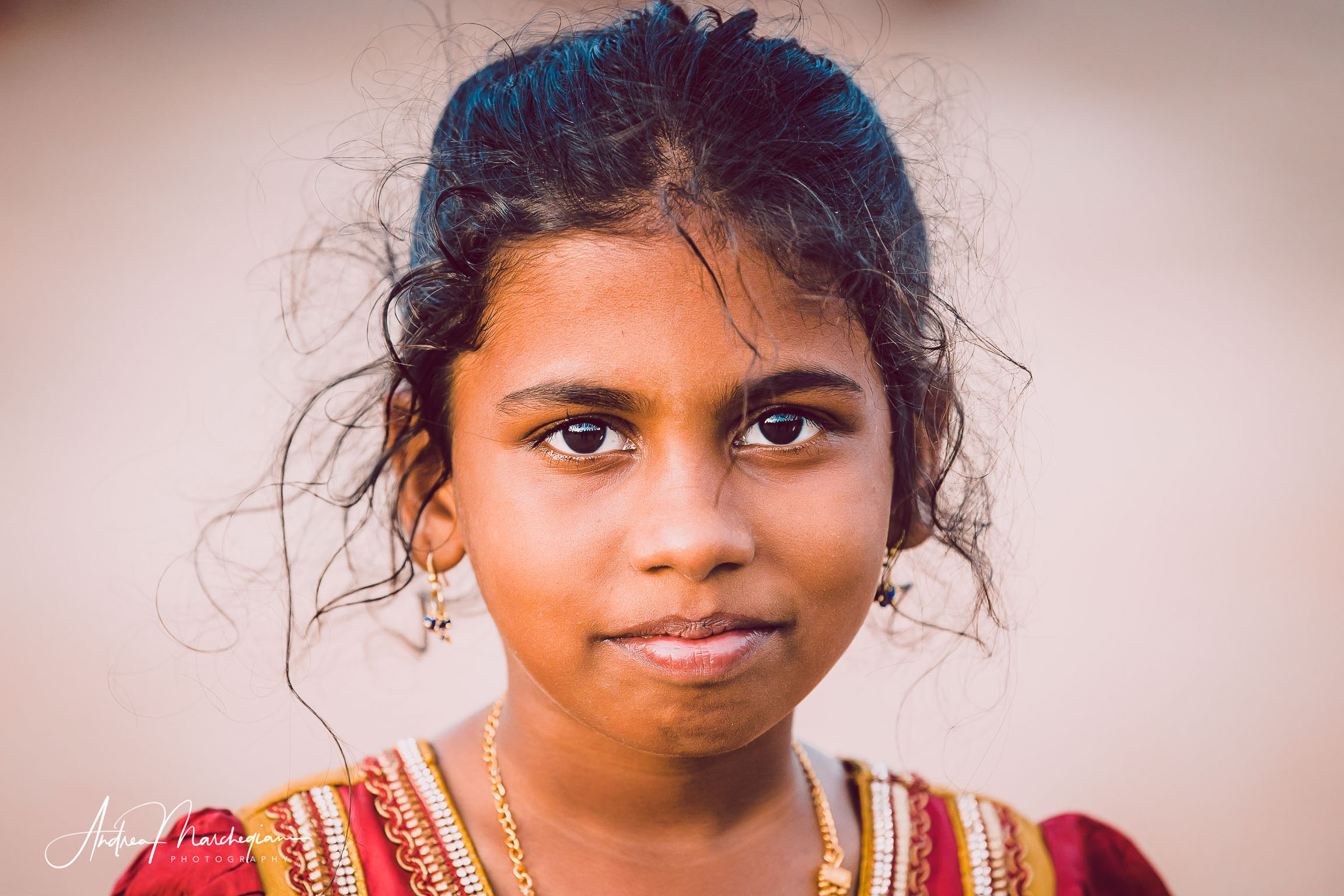