I arrived in Varanasi in December. It was hiding in the fog, disappearing and reappearing, as if playing hide-and-seek with me. It was trying to confuse me about its own existence. But maybe it was not the fog. All travellers, when they return home, can not tell if they really visited Varanasi or if they just dreamed. Varanasi, the most sacred city to Hindus

No one comes to Varanasi by chance. Those who decide to reach it generally have a deep knowledge of the town, know its history and traditions. They’ve done their homework.

Yet, you are never prepared for the contradictory emotions that you experience here. There is nothing like walking through the alleyways of the city, nothing like the view of the 84 ghats along the banks of the Ganges. Attending the daily ceremony of Ganga Aarti may confound your senses. Not to mention the burning ghats, where the well-known public cremations take place. Varanasi can bring chaos into the minds of every Western traveller. Most run away; only the luckiest few understand its deep existential value.

Varanasi, formerly known as Benares, is an Indian city located in the state of Uttar Pradesh. Inhabited for about 3,500 years, it is one of the oldest human settlements in the world and by far the most sacred for Hindus.

According to sacred texts, Varanasi is the place where the world was created and the only place that will survive its destruction. For this reason, more than a million pilgrims visit it every year and it is a must to visit at least once in your life to bathe in the Ganges.

Moreover, Hindus believe that dying at Varanasi and being burned along the west bank of the river will help them escape samsara, the cycle of reincarnations. It is no wonder that Varanasi is considered by many to be the quintessence of Indian culture.

The many faces of Varanasi

Sometimes travel guides do not recommended to visit the city in December, because of the cold and foggy weather. Nevertheless, I decided to spend Christmas there.

The hotel offers various facilities  and internet is the one I appreciate the most. Hurray! I can send and receive all the messages of greetings! Or so I think. Actually, I try and try but I can’t connect. That is unacceptable, given what I have paid.
I decide to call the front desk.
“Excuse me, there’s no internet connection in my room.”
“Yes, there is a malfunction,” a voice responds. ” Internet is unavailable. The monkeys tore the wires this morning. Please close the windows of the room: they may enter and steal your stuff”.
“Ah”, I answer. Am I really having this conservation?

I look out the window and I see them. MONKEYS. They jump and dangle from the cornices of the hotel. They use power cables, some of which are visibly exposed, like lianas in the urban jungle. There’s one that goes along a broken cable. It puts a paw on it and a loud snap surprises us both. I hold my hands to my mouth, incredulous. She throws a desperate scream and starts shaking her injured leg.

“Enjoy your stay in Varanasi,” says the voice on the other side of the handset before hanging up.

How does the Indian castes system work today?

I put the suitcase in a corner of the room and leave.
I want to give myself an immediate walk along the ghats.  The first thing I notice, walking along the alleys of the city, is the huge amount of waste scattered everywhere. It’s mostly cow and dog feces.

At times the stink gets so bad that my nose looks for a relief in the smell of votive incense that a gust of wind carries unexpectedly from who knows where. Every morning, before dawn, Dalits (or pariahs) pass through the streets and clean up the excrement manually, but the dirt is back in the streets a few minutes later.

As for the Dalits, the untouchables, castes in India were abolished in 1950. Nevertheless, discrimination is still widespread. A recent statistic notes that marriages between people of different castes are very rare, although the state incentivizes mixed marriages with sums of money.

Pariahs, who are traditionally obliged to perform the most menial tasks, are also reserved jobs in the public administration. Yet, only a few enter the contests. Most do not have the courage to leave the lowest place assigned to them by millennial traditions.

A recent study has shown that genetic differences between Indians belonging to different castes are greater than those found among Europeans of different nationalities. That’s how radical the caste divisions are.

Cristina, a girl I met here in Varanasi, tells me that she saw a Brahmin (a man belonging to the highest caste) throwing food at a dog rather than offering it to a beggar who had asked him.

Pasolini, in his essay The Smell of India, attributed the rigidity of these social norms to an extreme psychological fragility, almost the symptom of a lack of national identity that needs sclerotized norms to sustain itself. That is why pilgrims continue to bathe in the Ganges despite its high levels of pollution. To recognize that the water of the sacred river is detrimental to health would be an unmanageable contradiction both cognitively and emotionally. ” If I have faith in Shiva, I will have no problem”, they repeat to themselves.

Varanasi is a town full of animals

As I keep walking towards the ghats, I make my first encounters with cows, goats and dogs. There’s so many beasts filling the alleys it looks like humans are a minority in Varanasi. If I look up, I see monkeys hopping between trees and roofs of houses.

India is extremely tolerant of animals. In Varanasi, 80% of the population is vegetarian.  The streets are peopled with cows who wander staring vacantly; passers-by greet them with smiles, caresses and food offerings.

During my stay in Varanasi, I had the honour of meeting a white cow with golden horns. The pilgrims reacted to its arrival with great joy, as if they had a mystical vision. Each pointed to the other, who rushed to caress the cow and offer it food. The cow seemed to accept this attention almost listlessly. Even a sadhu stopped his meditation to caress and feed the animal.

Prakash, the guide I contacted to introduce me to the world of Varanasi, explained that all cows here have a master. By day, they wander freely and eat what is offered to them; at sunset they return home, where a bowl full of food awaits them. A life fit for a queen.

Even goats don’t seem to have a hard time. I see them walking around the streets wearing pretty dresses: colorful sweaters or t-shirts that someone took the trouble to make them wear.
“We dress them in winter”, explains Prakash. “It’s cold in December”.

In short, cows and goats are pets. The same cannot be said of dogs. Varanasi is filled with flocks of fleay run-down dogs. Prakash explains to me that they are all strays. Nobody takes care of them. Yet, it is not unusual to see a dog dressed in a shirt or a pilgrim trying to make peace in a war between packs. It is not uncommon to see dogs walking alongside cows, stealing food from them, or huddling up to warm up a bit.
“I’ve been to Rome once,” Prakash tells me. “I know you think dogs are pets,” he chuckles.

I tell him about the monkey that took the shock before my eyes and he smiles without wonder.
“Monkeys are very clever,” he comments. ” They often steal from tourists. First they observe them, to understand what is the object they care most about. Then they steal it. It’s mostly cell phones. But don’t despair. Monkeys don’t know what to do with cell phones. They use them as a bargaining chip. Just go to a greengrocer, buy some bananas and offer them to the monkeys to get your phone back”.

India is a delusional country, I think. I mean you don’t know if what you see and feel is true or you’re hallucinating.

Life flows on the ghats of Varanasi

I finally made it to the ghats. I rent a boat and sail along all 84 ghats overlooking the river bank.

The fog is so thick it hides the sun, but still lets you see the outline of the buildings; boatmen are thowing food at flocks of seagulls to entertain tourists and pilgrims are bathing in the cold water along the shore. It is a stunning vision.

Millennia of history have not changed anything about this place, its traditions and the deep faith of people living here. The light of scientific progress has failed to clear the mystical fog of Varanasi.

Hindus must go to Varanasi at least once in their lifetime, and bathe in at least 5 different ghats. At dawn, you can see thousands of worshippers make ablutions. Men can undress first, women have to enter the water fully dressed. People deal with cold water with amazement, but they can usually deal with it with irony and acceptance. They dive repeatedly, praying with clasped hands, then take care of themselves and have a shampoo.

It is not unusual to see pilgrims using the last steps of the ghats to rub their dirty clothes and wash them. A mixture of sacred and profane that I will find all through my stay here.

But what really makes me happy is watching them play with each other, splashing water at each other like children on the playground. At first, they only dip one foot into the water, it’s freezing so they fear to continue. Then they try to be strong and honor their faith; finally, they dive completely and merge full of joy and vitality. That’s when they splash the person next to them, the one who has not yet dipped – and everyone bursts with laughter.

Maybe the freezing water is what makes this such fun. It is in extreme situations that transition states occur. Didn’t I have to walk through the garbage to finally reach the amazing view of the Ganges?

The words of Osho, the Indian mystic, come to my mind. He used to say “the negative and the positive are indissolubly and inevitably united; they are two aspects of the same energy: we must accept both”.

Is that why I miss both the spiritual ablutions and the dirty surroundings? Is it possible to get attached to Varanasi dung? I’m starting to consider this option.
Maybe I needed to come to India more than I thought.

The boat on which I am seated finally runs alongside the famous Manikarnika Ghat, the largest of the two crematorium ovens in Varanasi. It is not possible to take pictures here, so I am told, and tourists are not welcome here. People look at them annoyingly. What I’m about to see will impress me very much, but not for the reasons I would have thought… Clean India. A bathroom for anyone! 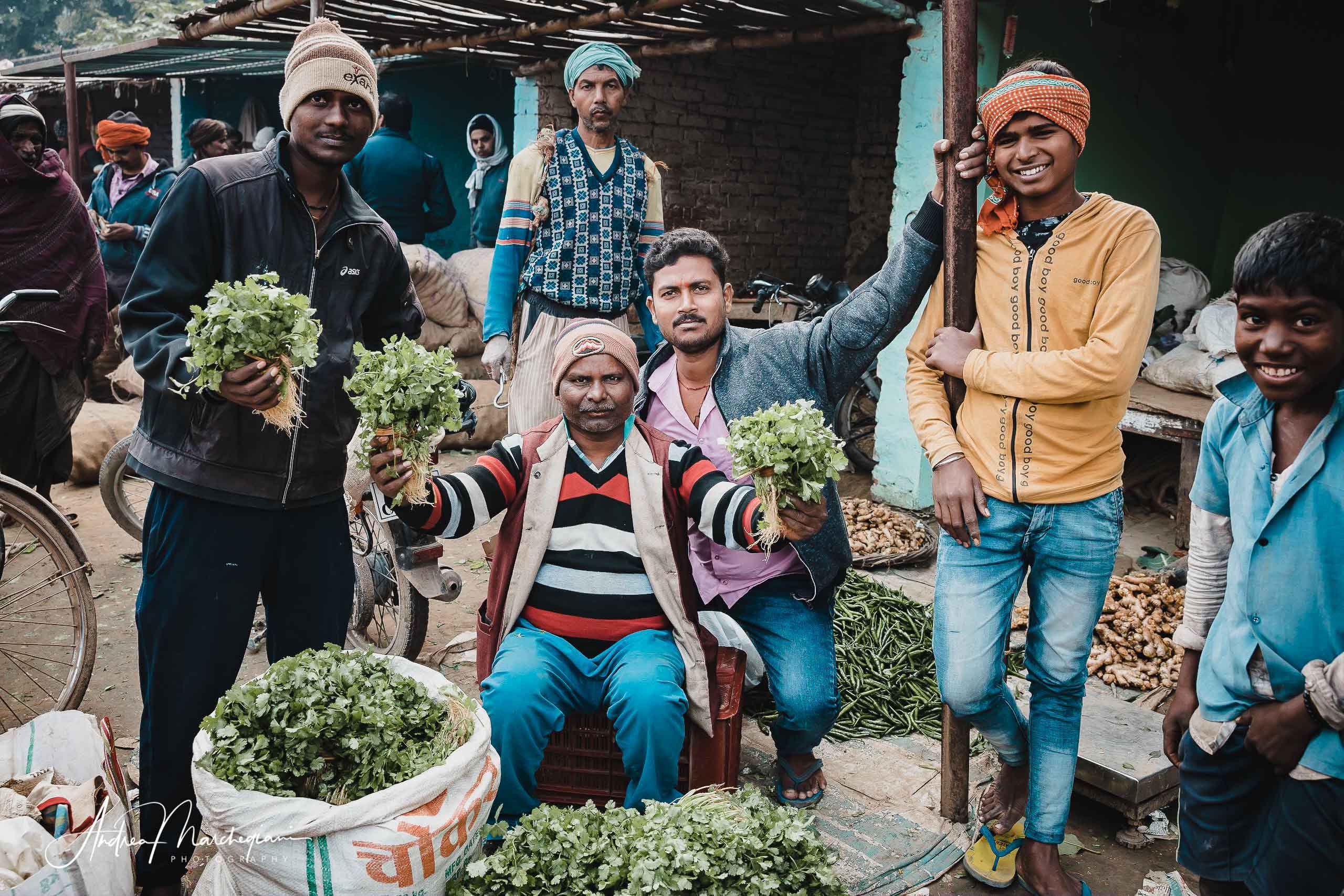